No DMZ, but a funny wet smell

And so, I failed miserably to contact a friend of a friend who was going to show me around and let me crash at his place, and instead had several conversations with a female Korean recorded message. By that point it was of course too late to try and score some free accomodation elsewhere, so lacking options, I checked into a hostel. Mostly empty, but with friendly owners and cheap so it was no big deal. However, said friendly owner then cunningly forgot to book me on to the DMZ / Panmunjon trip as he was supposed to (for Sunday), and by the time I had realised this and tried to sort my own for the Monday, I discovered that, equally cunningly, the DMZ is closed on Mondays to tourists, and the Panmunjeon tour had been booked out by a japanese tour group. Groan. And of course, despite a good 2 dozen companies advertising tours, they are all actually sending people on the same bus anyway, so they all fell through. Rats. And then, lack of conmmunication between the scheduling people and the companies own websote timetabling meant that I discovered that the boat I had planned to catch Wed only ran on Tuesdays. So in order to get to Beijing on time, I would have to leave Tuesday. Which meant that I didn't get to the DMZ area at all, which was the one thing I really wanted to, and is probably the only must see/do around Seoul.

I'm going to have to return here, just for that.

And then, to top things off, some b*stard decided that they couldn't make it as far as the toilet one night, and I awoke to discover that all my clothes and bag had been liberally covered in a fluid which smelt suspiciously like urine during the night. Grrrr. In a way, I was lucky that my clothes were on top, as it meant that much of my bag survived, and there was no permanent damage to things less easily cleaned, like books, camera and journal. A couple of books got soggy, but not too bad to be destroyed, and my MP3 player was swimming in urine. It still stinks. Arse. I don't know who did it, but with an extremely short list of possibles to begin with, there was really only ever one suspect. Feckin hell.

I should probably stop swearing, but whilst i've no problem with things going wrong and sh1t happening (although i'm happy that it didn't in a literal sense this time), stuff like that does annoy me a tad. And then, after doing all my washing and leaving stuff to dry all day, I came back to discover that another friendly person - or possibly the same one, I don't know - had decided that it would be funny to steal one of each of my pairs of socks. Not to be seen again.

As some of you are aware, I have a history with socks anyway. I was (am?) notorious at work for my socks, particularly due to the fact that I wander around in scoked feet, which are normally odd socks and have numerous holes in. There was even a sweepstake as to the number of holes I would appeart with running at one point. And 4 seperate people bought me socks for Christmas. Before I left, I went out and got a couple as well, so that I actually had some pairs of socks I could wear and almost be normal. And now, I don't. As well as the obvious loss of numbers, I don't have any even vaguely matching anymore, so will have to go and buy some. And some long johns, as it's starting to get damned cold. But long johns don't exist in this country. A coat would probably make sense as well. Me thinks I need to do some shopping when i get to China. 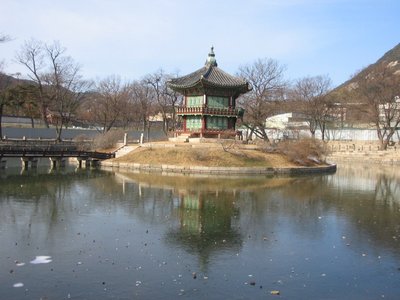 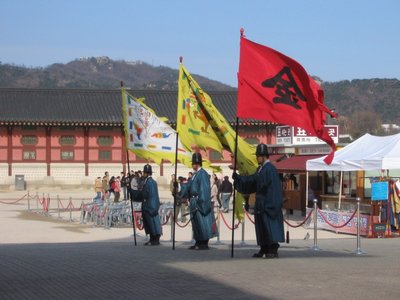 Seoul itself is a vast city of concrete blocks, but is not without charms and sights. Some lovely palaces to traipse around, great markets to browse in and cheap stalls to haggle at, street food to be tried (most of it amazing), interesting people to be watched, and the inevitable hills to be climbed in the icy cold weather. And of course, relevant from a sports point of view due to Olympic and World Cup events in the recent-ish past. I quite like it, although obviously my lack of luck and inability to get to the DMZ have tempered my opinion a tad. 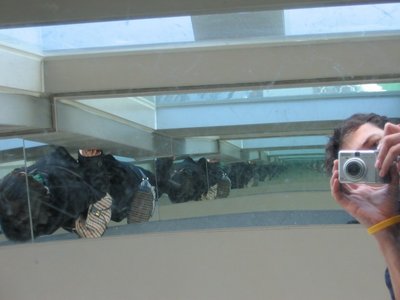 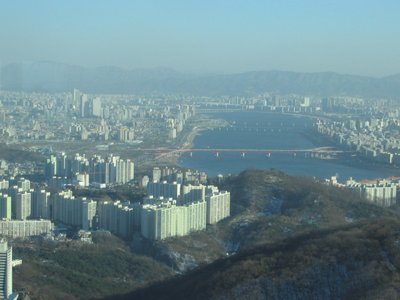 An Arty shot of me using the floor/ceiling mirrors, and the view East from the Seoul Tower

Randomly, you cannot buy deodorant or long johns in Korea, and I really need to get hold of both.

As so, it's time to move on from Korea. It's an interesting country, and i've loved my time here. Met some great people. Seen some great stuff. had a few ups and downs. But of course i'll be back, even if just to get to the damned DMZ! But to be brutaly honest, all of that is irrelevant compared to the fact that my, urm, fiance got married withour telling me.

Kiki, have you any idea how much that hurts me?!

See you all in the next port of call. 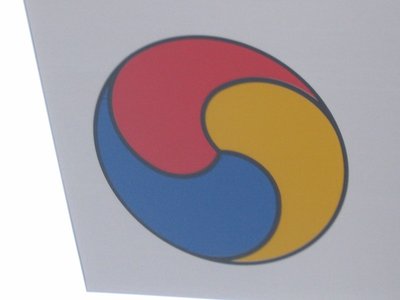 Maybe it is not too late! I say...CALL KIKI!

Down with Kiki! Get married to someone in the sherbert dip business.

Be grateful you've got the time to be with her. Remember what we talked about in Kyoto? It might not be bad. There could be something much better behind that - you'll find it sooner or later.

Grateful that i've had time to be with Kiki?! That's an interesting take on it, Zindy,, I must admit! And Tway, i like the way your mind works, oh yes.

Rich, nothing is forever. Enough is enough