Another place of Temples and ramen with the Yakuza 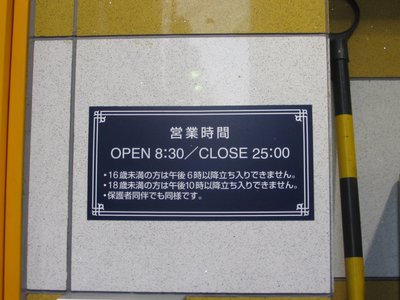 For one of the worlds most highly advance countries, there are certain relatively simple and to my mind - and that is saying allot - basic concepts which the Japanese have yet to fully grasp. Like the 24hour clock. Such signs are in no way uncommon, and the highest i have seen so far is 27:00.

Oh well. They always say that there isn`t enough hours in the day...

But i`ve digressed without even starting.

I headed North, through the Tokyo mass, to Nikko, generally regarded as one of the three absolute unmissables - with Tokyo and Kyoto - on any Japanese itinerary. I lucked out in my first Japanese attempts to hitch, by getting a lift from closer to Tokyo than i really should have been able to direct to Nikko. Say what you like (and many people do, frequently), but Canadians - or Canukistani`s - do have their uses.

Nikko is basically, a shrine Mecca. Some of Japan`s most important and beautiful shrines and temples in a wonderful national partk setting, which probably would have been much more stunning (and for which i will go back to see in all its glory if at all possible) if it wasn`t wet, grey and quite miserable. A sudden change from the glorious weather up to that point. I discovered why it was so miserable on my second night, when with a cool mexican guy i met in the hostel, we wandered into a restaurant in town and straight into Kevin and Solene. Who i had come across for the third time in under 2 weeks, and still seemed intent on stalking me. In fairness, I have had stalkers in the past, and even now still get my random silent phone call and hang up person on a very regular basis, but I didn`t mind too much in Kevin and Solene`s case, as i actually quite like my stlakers and get on well with them. And the weather was bad because they were camping, and Kevin putting up a tent works the same way that rain gods work in much of the world. 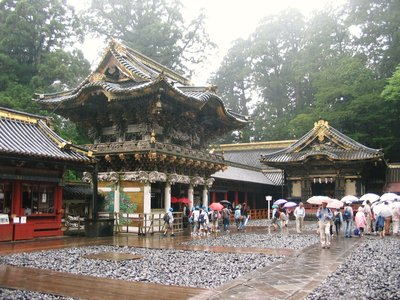 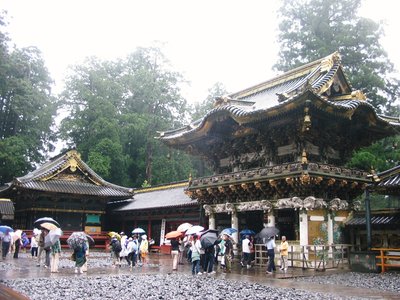 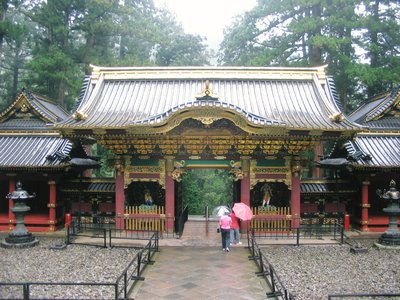 Despite the rain, which wasn`t really conducive to trekking, and hence made me decide to stay away from Lake Shuzen-ji and the area around it as i`d originally planned, Nikko was lovely. Busy, but not too bad, and the temples (a world heritage site) - despite an overload of temples in Japan - were definitely worth the effort. I`d love to see it in decent weather, and apaprently when the autumn leaves change colour (a couple of weeks from now) it is even more amazing. Must see whether i can fiddle a return trip on my way back south. 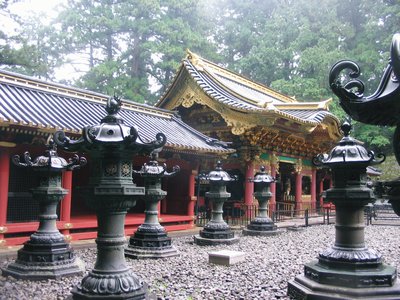 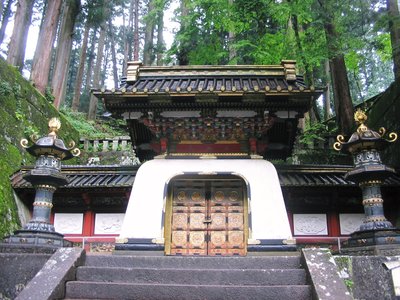 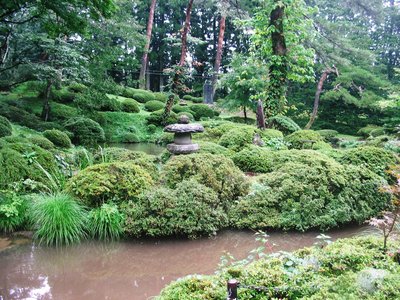 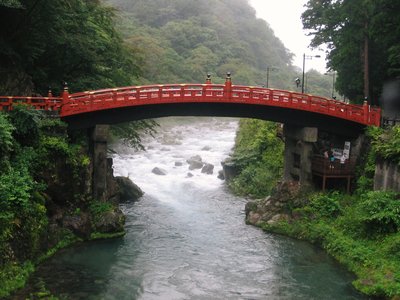 From Nikko, i headed out early the next morning (typically, in glorious summer sun) over a wonderful mountain pass down to Ashikaga. I hitched out of Nikko with no problem, and got dropped off over the mountain pass at the top of the valley by a stunning reservoir which i was going to just gaze at for a while before continuing. But i had reckoned without the Japanese whatever, as the very next car to pass, barely 60seconds after being dropped off, stopped and offered me a lift. It was a new experience to be picked up as a hitch hiker when not actually trying to hitch. But i`ve hitched enough before - and bearing in mind i`m currently travelling without my faithful hitching companion, Erik, a lifesized inflatible camel - to know that if a good lift opportunity comes along, you should take it as you have no idea if you will get another opportunity for hours. The guy and his silent (i think) father were friendly enough, but his entire grasp of English was used on constantly telling me how he had no friends, which as a hitch hiker conversations like that always worry you slightly. You never know if you going to be taken somewhere unknown, chained to a wall in a cellar and become the guys friend. It`s happened before. 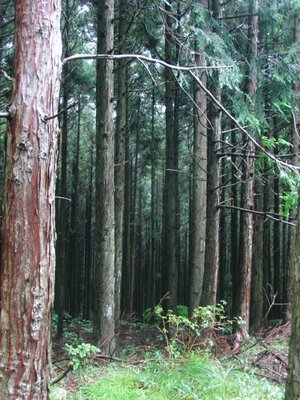 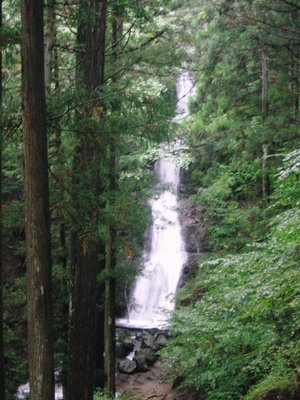 And so it was that i arrived in Ashikaga after barely 2 hours, after expecting a 5 or 6 hour journey. Ah well. My host was another cool American, Chris, who uses the cunning technique of avoiding parking tickets by placing an obvious English language LP of Tokyo in his windscreen instead of a ticket. Wandered around Ashikaga a bit (mostly of no note, except as home of Japans first ever school), and then took a trek up to a stunning local reservoir (people camping underneath an old concrete dam...), where i made a stunning and typically Japanese discovery. There was a small look-out post over the reservoir, and despite it being in a forest, and more trees needing to be removed to make space for the tower than needed to build it, the tower had been made out of concrete, carefully moulded, coloured and weathered to look like wood. And it really did. So in the middle of a huge forest, the man made structure is made out of concrete to look like wood. Not wood, as they would do anywhere else. Which of course, set off a long trail of thought about what else was fake. We more or less decided that the entire forest, and surrounding mountains were probably man made as well. And the most scary thing, with this being Japan, is that it`s actually the sort of thing that they would do, and so definitely possible... 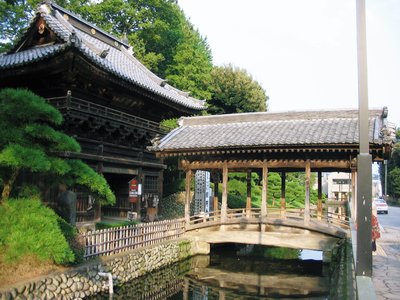 My time in Ashikaga was short (there was no reason to hang about), but we spent the evening in a fantastic Ramen shop - essentially Chris` local pub - eating some great ramen, drinking sochu and watching K1 ultimate wrestling with the local Yakuza (mafia), and the huge American Bob Sapp being destroyed (and made to look like a midget) by some 8ft plus even scarier Korean guy. How a country which produces so many midgets can produce somebody like that, i have no idea. The following morning, we left at some stupid hour to go to one of Chris` schools for sports day. School sports day in Japan is a big deal, and all the kids (up to about 10 years old) were really up for it. And somewhat happy to see Chris and random gaijin person, who they decided to start hitting, kicking, poking et al. in affection and/or mischief. It must be great to teach little kids in a langauge they don`t know, and whom you can`t caommunicate with. Unfortunately, the weather didn`t do it`s thing, and despite being told at about 6.30am that it was on, by 8.30 it had been cancelled, much to eveybodies disgust. Because, despite it being saturday, everybody stayed in school for extra lessons. The kids hated it, parents all went home (not sure if they were happy or not), and the teachers sucre as heck hated it. What a crazy country.

And so, with nothing else to do (except wanting to maybe sleep), and no reason to stick around, i headed off. And thus, after a couple of hours, virtually a month after arriving in Japan, and 3 weeks later than expected, i had finally made it to Tokyo.

Posted by Gelli 22:39 Archived in Japan