And amazingly, i actually left!

Does anybody remember an episode of Friends where Chandler ends up going to Yemen? I think he's trying to escape Janis, and tries to fake leaving, but ends up having to go. And during the closing credits, you can see a plan flying and hear Chandler saying to himself in sudden realisation "I'm going to Yemen" and then to somebody else "When we get to Yemen, can i stay at your house?!". Well that's kind of how i felt on the boat to Korea. I had always planned to visit, and spend a few weeks wandering around on my way between Japan and China, but as that is in the future, i hadn't done any kind of research or got any info about the country, so was arriving entirely on the fly with no ideas.

After the hassle of actually trying to get out of the country, and my fears of bribes and confiscations at the border, it all went surprisingly well. I got to the bus station no problems, ignored the burning bus in the car park which said Zarubino on it, and prayed. Which seemed to work as a different bus appeared. The journey was longer than I had expected (over 5 hours) of which, well over half was down dirt and dust tracks, meaning we got covered in shit and bounced to buggery by the road and psychotic bus driver. Zarubino isn’t exactly the world center to anywhere, and seemed to be a small village with a decrepit port attached. No shops, way of getting money or anything. I got into the unmarked ferry terminal (admittedly the ferry next to it was a clue as to approx where to go) by following asst Koreans who obviously knew where to go past several check points. The terminal isn’t quite up to the standards you expect at an International terminal (it’s a shed), but worked. I even got through customs more or less ok. My bags went through metal detectors, but I didn’t (does that not defeat the object?), my gap in stamps caused no problem, nor did my extra cash – they didn’t bother to check or even get my deklarista off me. My lack of machine readable bar on the passport confused them (as did the fact I was neither Russian or Korean), and led to an ever expanding swarm of officials all looking at it and tutting away. But no problem. And amazingly, I officially left Russia. 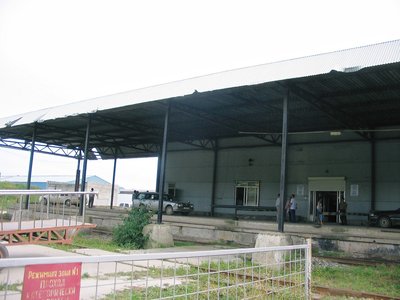 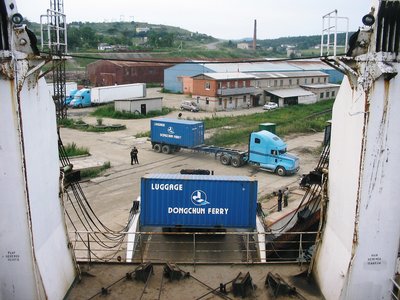 The world class facilities and entrance to Zarubino International ferry port, and loading of cargo

Typically, after the Japan and assorted other Russian boat
extravaganzas, the ferry was late in leaving by about 3 hours, and I kept expecting to be hauled back off the boat and interrogated, but it didn’t happen. The most charitable way to describe the ferry would be well used. It had probably seen better days before the Korean war started, and if Kasia hadn’t stolen my duct tape in Irkutsk, I would have amused myself for much of the journey by sticking the boat back together. There were holes everywhere. There was no bar, café or restaurant (which was open), only a few drinks vending machines taking only Korean coins, and the room I was sleeping in must have had about 200 in it, squashed on thin mattresses on the floor. 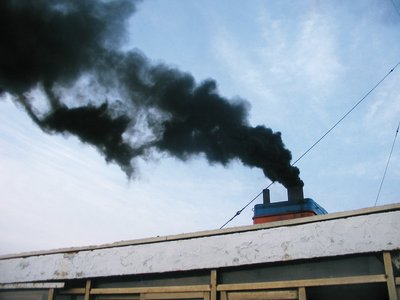 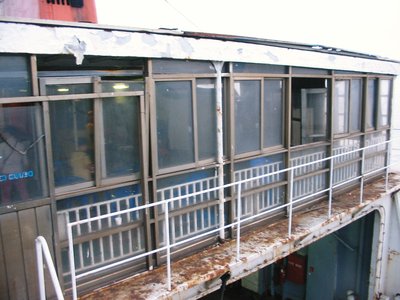 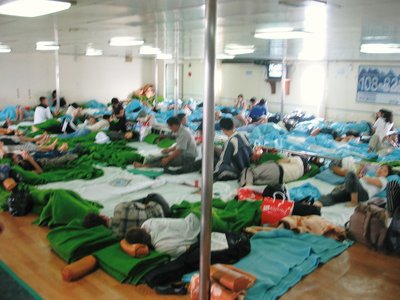 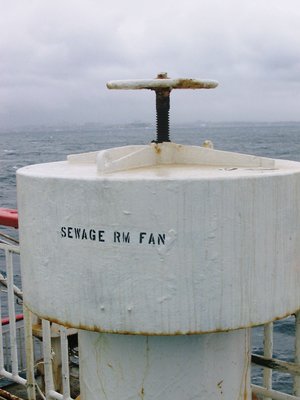 A collection of images from the Dong Chung ferry, The engine died about 20mins later

It was a journey I will not forget in a while, but one that I strangely really enjoyed. I couldn’t tell you why, but the idea of being the only foreigner (and one of maybe 5 white people) on a knackered old boat, which leaked from all angles, lost an engine after the first couple of hours and soon developed a list of an angle which seemed slightly more than one would expect, with no food or alcohol and traveling along the coast of North Korea (at times, barely 500m off the coast) in a typhoon just seemed great to me! 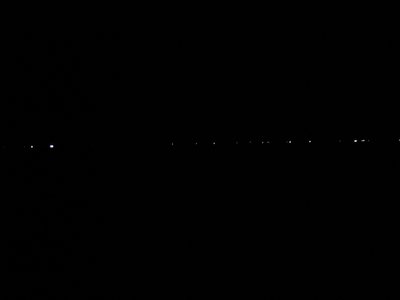 A daft photo, and admittedly you can`t really tell, but those lights are the North Korean coast, about 500metres away 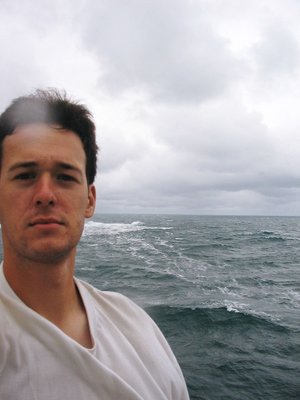 Me, the following morning after we`ve negotiated the worst of the storm 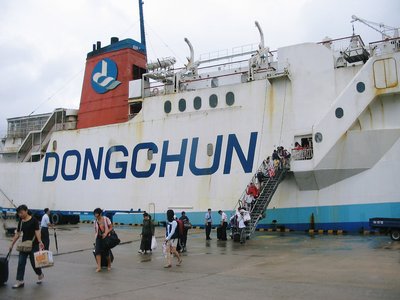 Disembarkation from the ferry in Sokcho

Sokcho, was indeed in South Korea, and we did make it. It’s a resort town place which didn’t do much for me, although it would be a good base for some of the nearby national parks which look very good. I got my first taste of Oriental Asia, by walking the 6 or so Km around the harbour bay in the rain to the express bus station, to be told that express means Seoul only, and I wanted the local bus station, about 100metres from the ferry terminal. So back I went. Headed an hour down the coast to Gangneung for the night. And got huge culture shock. Cheap Russian accom. tends to be, shall we say, basic, and here I am checking into a cheap hotel for about 15gbp which not only had electric everything and all bells and whistles, but included free broadband internet in the room and even a portable fire escape kit, which strangely intrigued me. I even saw the first McDonalds I had seen since Moscow, which didn’t impress me. I was in civilization, and that realization caught me off guard. 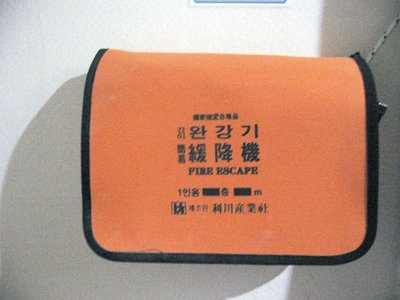 The following day, after deciding that the 9hour, 2 change, 5.30am start to get the train wasn’t worth it) I got the bus 5 hours south to Busan (formerly Pusan). It was probably the most comfortable bus I have ever been on. The seats were huge, leather and reclining, and there was a shed load of legroom. They even showed a couple of English language movies on the TV, whilst the scenery was very pleasant for most of the trip.

In Busan, I made my way around the subway to a point where yet another lovely CSer stupid enough to host me, Marie, lived. I’m convinced that there must be at least one horrible CSer out there, but I’ve never met anybody who even comes close to that description yet. Even Seb was great until after I left when he just went weird. We headed more or less straight out to meet up with yet another CSer, Emily, and some of her friends (me and 7 girls), to celebrate her birthday. And we went for an Indian. It was kind of surreal, and not exactly a typical Korean dish, but very welcome and despite my proximities to curries when living in England, it was very creditable.

We went from there back across town to the dragon bar, a cool cave like place, where our numbers instantly tripled. It was odd. In 5 minutes, I had met more westerners that I had even seen in the preceding 2months or so, and reinforced the impression is was back on the beaten path. That ignores the fact that they were probably half the westerners in the entire city of 4million (and half of the remainder were in the club we went to afterwards) so they weren’t exactly taking over the city, but suddenly meeting lots of people who were speaking English was a bit strange to me. As well as helping introduce some the Koreans to Tequila, I was given a good half dozen assorted local drinks to try, none of whom I can really remember the name of, but all of which were good, and one delicious. Must find out what the heck it was called. 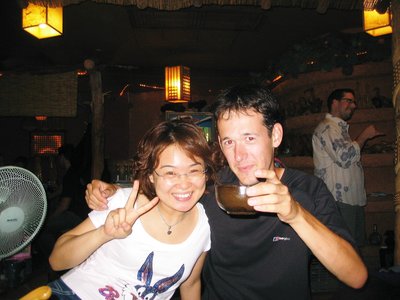 Notes from the rest of a great evening should probably be condensed to memories of Emily playing happily with several large wooden penises, several Koreans seemingly trying to marry me off to their daughters/sisters (it’s just like parts of Russia all over again) and meeting the only person I ever have outside of the valleys who knows of Gelli (he’s a Treorchy boy). 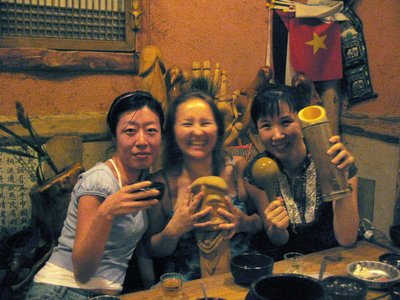 The following day, after being introduced to an interesting dish of Bivenbap (?), Marie and I took a bit of a wander around the city. We looked at some of the markets and ‘dog streets’ where the dogs (and some other animals) are kept waiting to be chosen and killed to eat, around parts of the downtown area and up the hill – of course – to the revolution park and an interesting war memorial (one of the statues seems intent on killing the others) and strange modern scaffold sculpture nearby which after a while we deduced was probably a space shuttle – or thunderbird - launch pad. To top it off, in another surreal moment of my trip, as we waited for the bus that never came, to the amusement/bemusement of the watching locals, in a carpark on top of a mountain in Korea, I was taught how to do the Cadillac line dance.

Although we had barely scratched the surface, I instantly liked Busan and Korea. I couldn’t tell you why, it just kind of seemed right. And I can’t wait to go back and explore properly.

I can’t believe I’ve actually made it to Korea! And I’ve still never been on a plane.